Akudama Drive Stage (舞台「アクダマドライブ」, Butai "Akudama Doraibu" lit. Stage "Akudama Drive") is the stage adaptation of Akudama Drive. It debuted in Tokyo on March 10th, 2022 and its recording, as well as behind the scenes content, will be released on Blu-ray on August 26th, 2022.

The setting of this work is a highly developed but twisted society.[1]

On December 17th, 2021, a teaser image featuring the Ordinary Person was published on the official Akudama Drive account on Twitter for an upcoming major announcement on December 24th, 2021.[2] From that point on, a new teaser image featuring one of the main Akudama was published every day at 9 p.m JST on Twitter until the stage adaptation was revealed on December 24th, 9 p.m JST. Multiple representations were announced for Tokyo from March 10th to March 21st, 2022, as well as two representations in Osaka on March 26th and March 27th, 2022.[3]

On March 5th, 2022, the official Twitter account for the stage play announced that both representations would be live-streamed on Japanese streaming platform SPWN at the cost of ¥3 500 a ticket. Ticket holders were able to watch the live-stream from the start of the representation to 6 days afterwards (up to March 16th for the first representation and April 2nd for the second).[4][5]

On April 20th, 2022, the official Twitter account for the stage play announced that pre-orders for Blu-ray recordings were open, for an upcoming release on August 26th, 2022.[6] 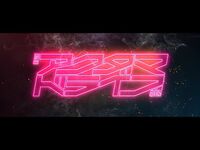 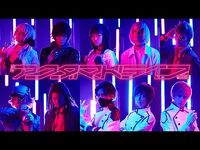 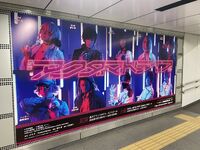