Its first chapter was released on July 6, 2020, ahead from the anime, which was delayed due to the worldwide COVID-19 pandemic. As of April 12, 2022, 38 chapters have been released and 27 of them have been translated to English. They are available on Renta!'s online store in both Japanese and English.[1]

"Long ago, war broke out between the regions of Kanto and Kansai, splitting the country in two. Kansai became a vassal state of Kanto and developed characteristic advancements. However, with the decline of the government and the police force, crime ran rampant. Those criminals are called Akudama.

This crime action story is set in a highly advanced, yet twisted society, and each Akudama has a different method of coping. The individual styles of each Akudama will collide as they finally assemble for one purpose."[1]

Rokurou Ogaki had initially announced the digital release of three volumes before the end of the year in August 2021.[5] He stopped posting on Twitter from September 11 to November 26, when he announced that Akudama Drive Comicalize had been forced to take a break but would be now coming back.[6] (View Trivia)

Such a release has not been announced for the English translation of Akudama Drive Comicalize. At the time of the digital publication of the first volume in Japanese, 24 chapters have been translated to English on Renta!, while the volume publication was initially announced when the manga reached 28 chapters in Japanese. On February 1, 2022, Rokurou Ogaki replied to another user on Twitter that a volume release of the English version of Akudama Drive Comicalize was not in the works, but could come in the future if the demand is high enough. He recommended that this user convey their request to Renta!.[7] 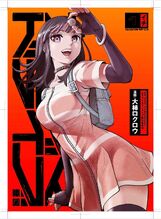 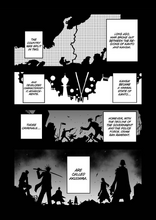 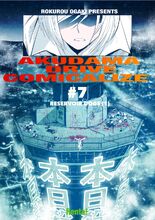 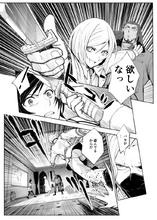 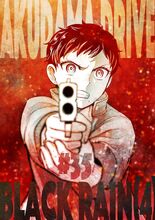 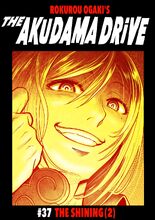 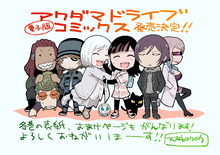